This is just a little update of some new models for I have for sale and some great model work that people have been doing!

As it’s winter and Christmas is on the way, I made a little 28mm scale Snowman miniature! 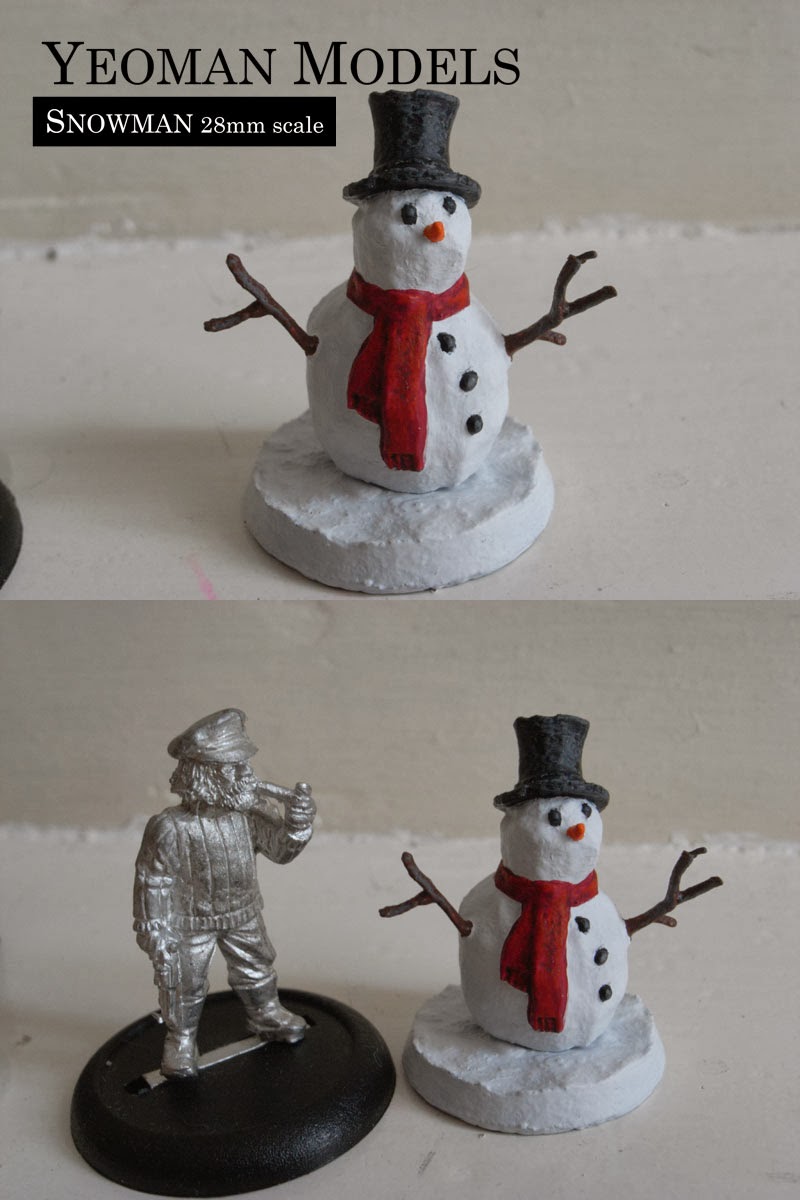 The little cold chap is available from eBay here-

He comes as a body, textured base and two metal arms. 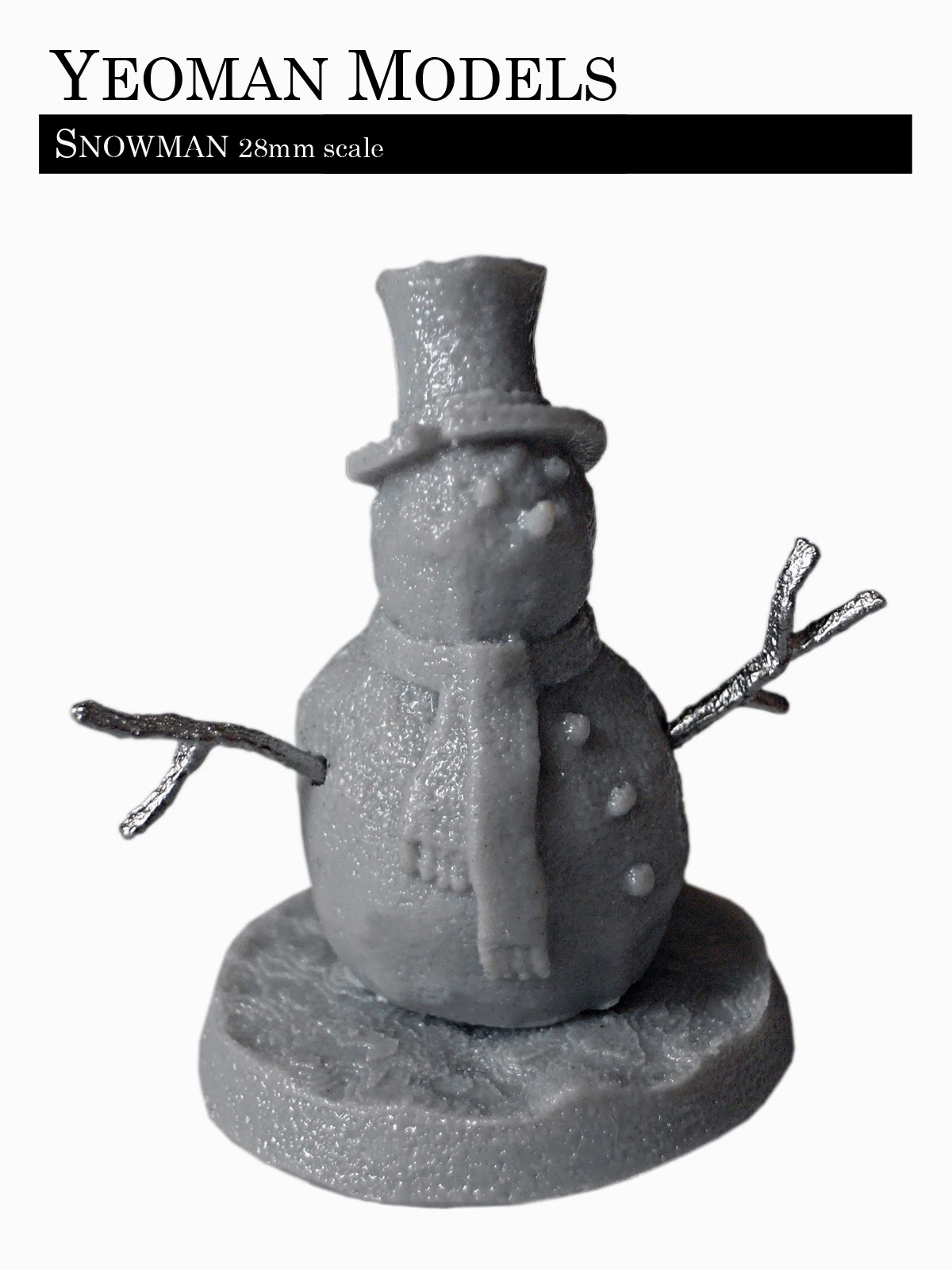 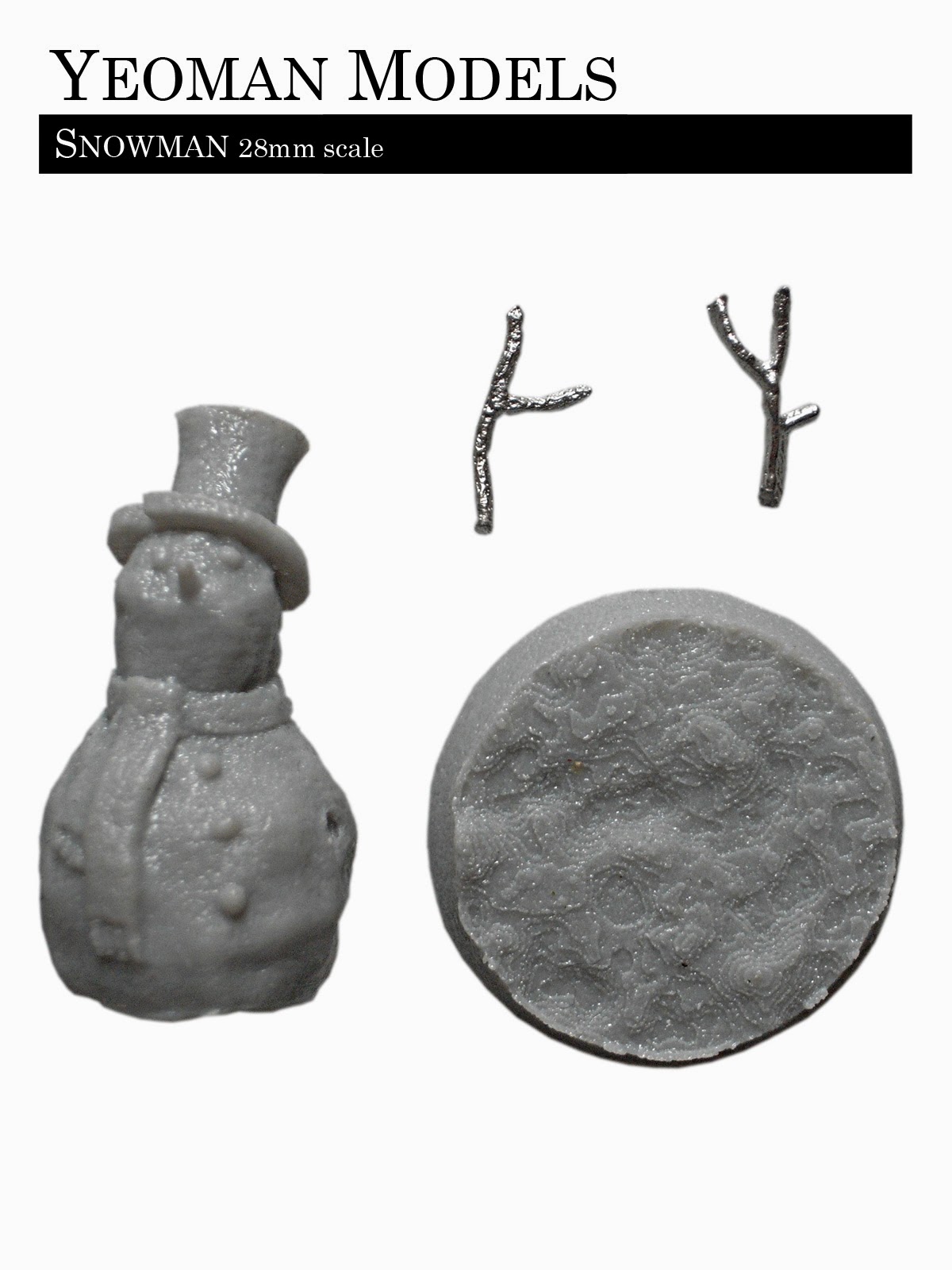 My name is Ozymandias! 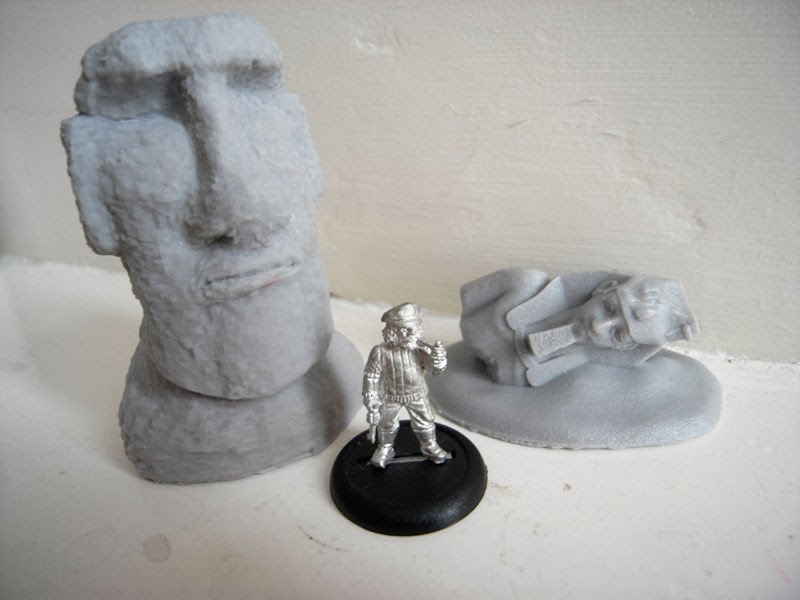 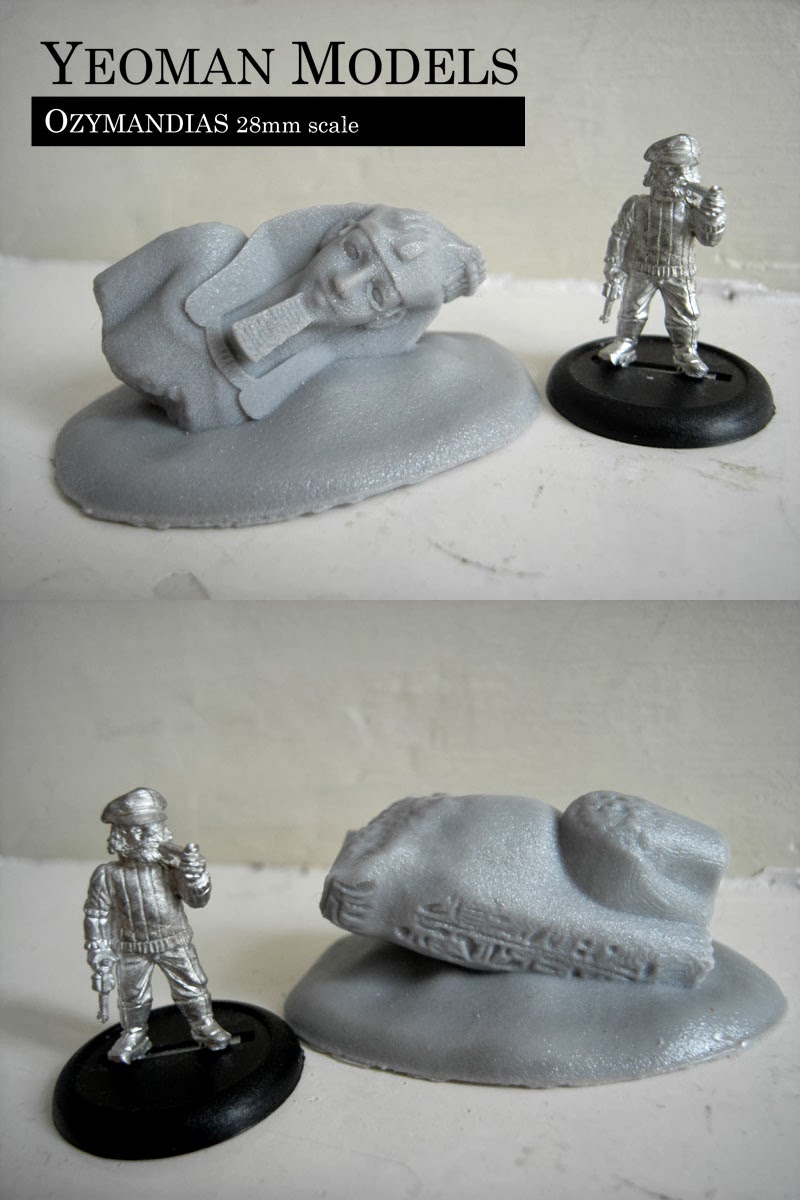 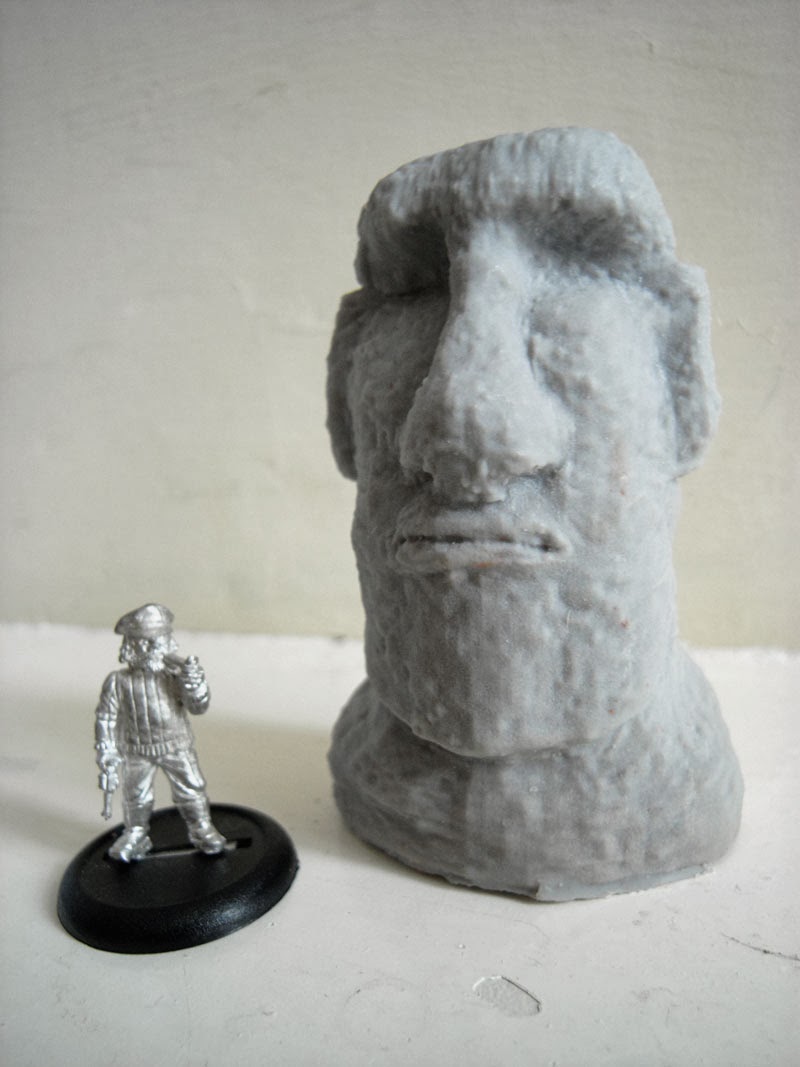 Ozymandias is a solid hand cast resin miniature of the famous Younger Memnon (Ramesses II) statue as seen in the British Museum and made famous by Shelley’s poem Ozymandias.

The statue is depicted half buried in the sand awaiting excavation. In later life the real statue had a small hole made in its chest but this model is made with out the hole. You can add it if you wish! The Hieroglyphics on the back of the statue are accurate.

I’m in the middle of painting both at the moment and photos of them should be on the blog in the following weeks. 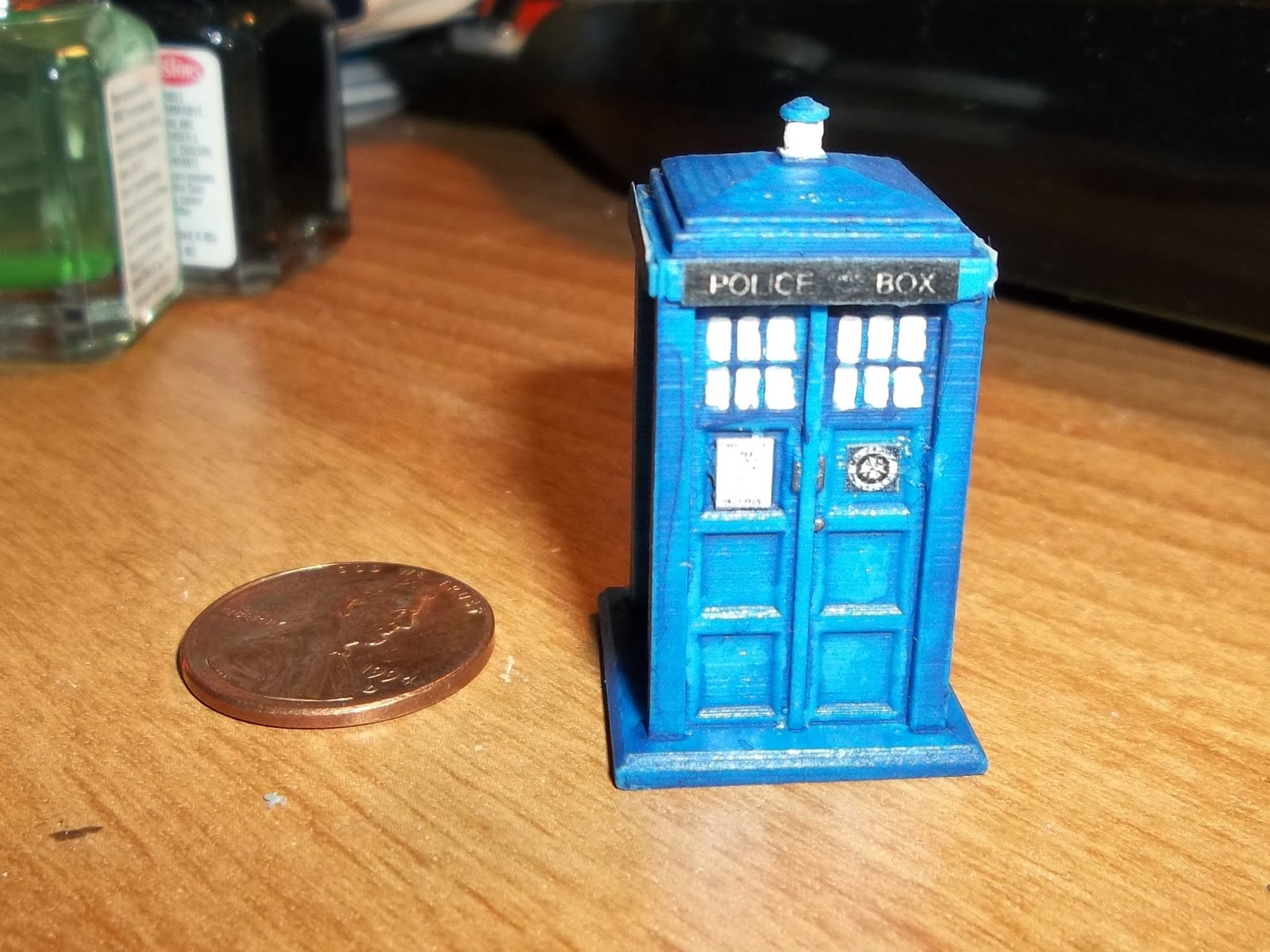 Mike from The States has painted up one of the HO scale Police boxes for his new Train Layout and you can see more photos and follow his progress as he builds and develops his layout on his great Facebook pagewww.facebook.com/CentervilleHO

On the subject of Police Boxes, the new Half blue half transparent Police Boxes at 28mm scale (a companion piece to the solid blue Police Boxes) keep selling out but we should have some more in by the end of the week – so if you do want one, keep your eyes peeled on eBay tomorrow/Friday morning. 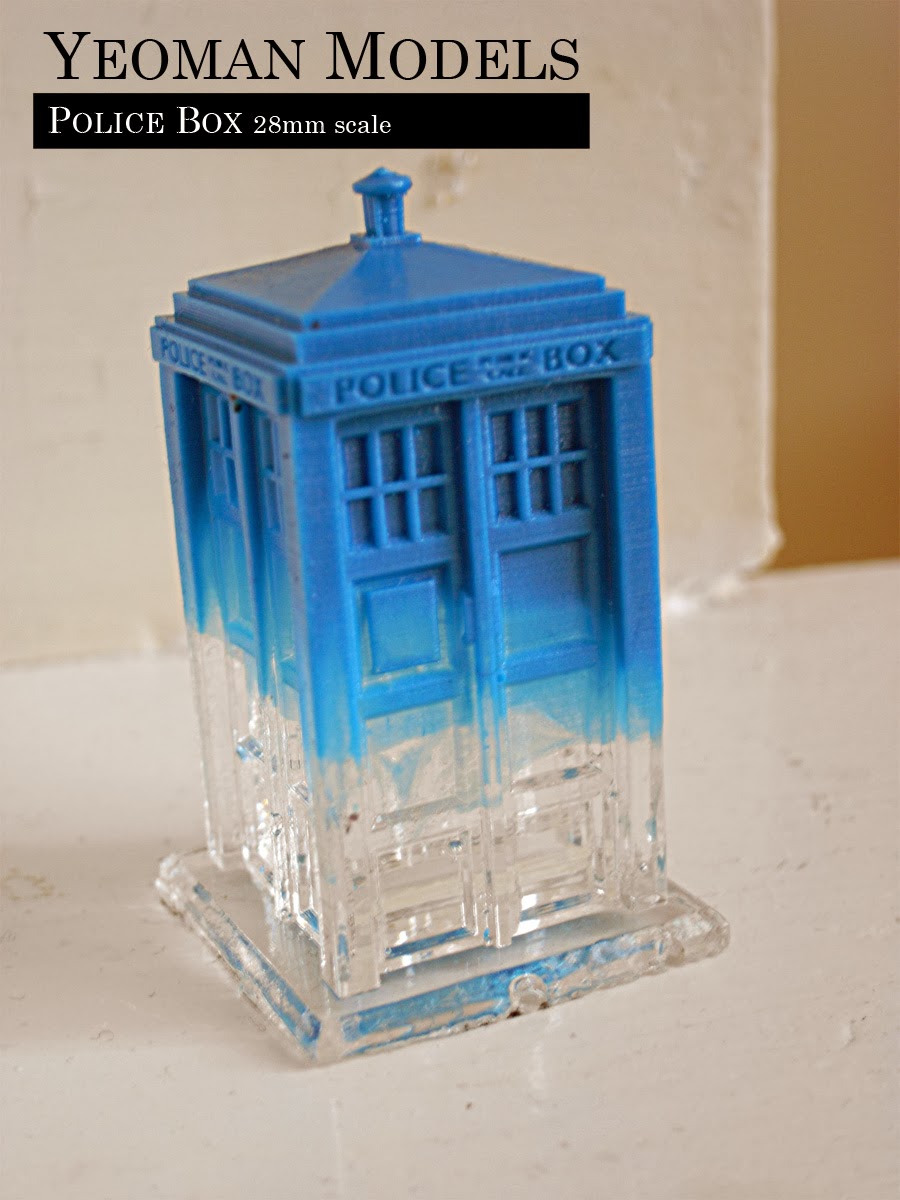 We are also making some fully transparent Police Boxes too and they should be on eBay at the same time.