Here’s some pictures of my Sci Fi boxes with Greebles that have been expertly assembled and painted by a model maker called David who has made the boxes into decontamination chamber to be used to halt a zombie plague! Look out HazMat guys – there’s zombies on the loose! 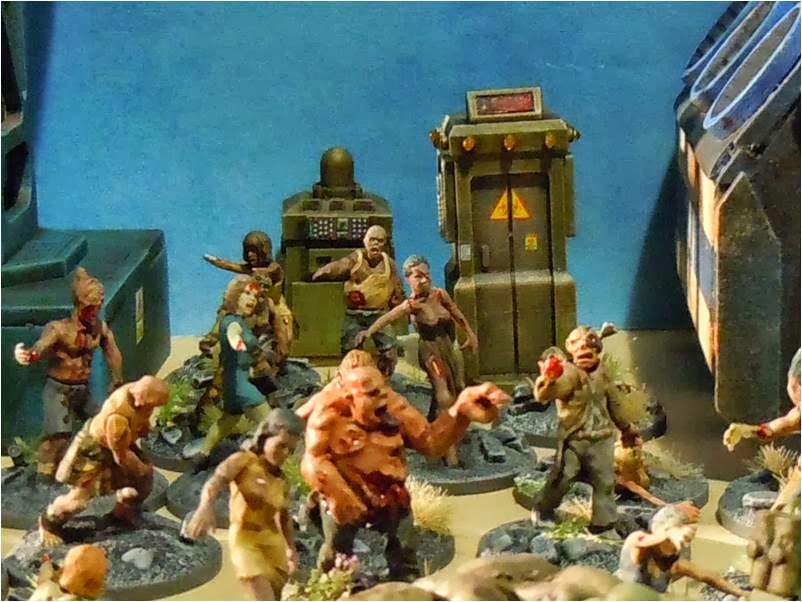 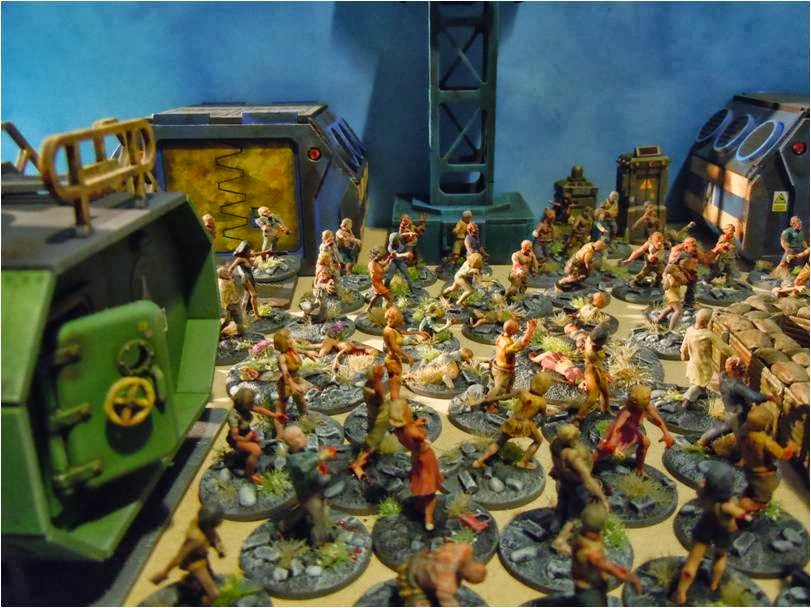 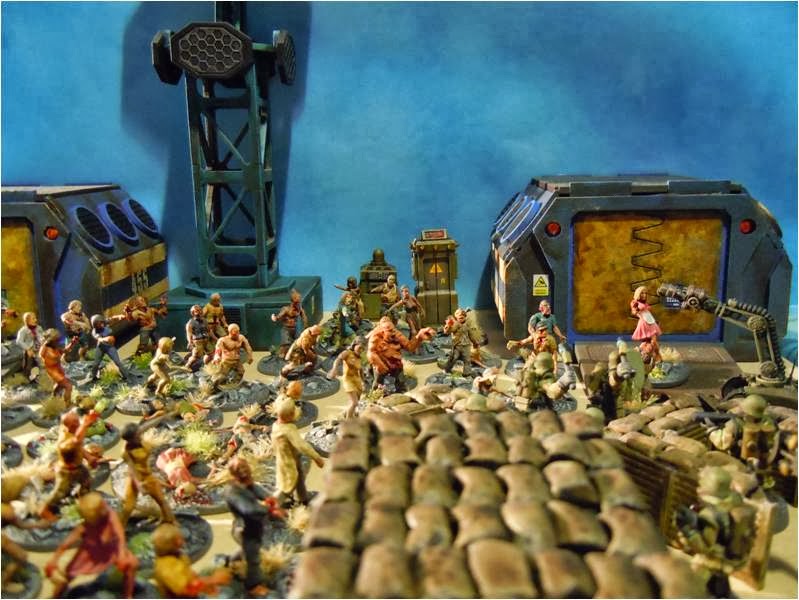 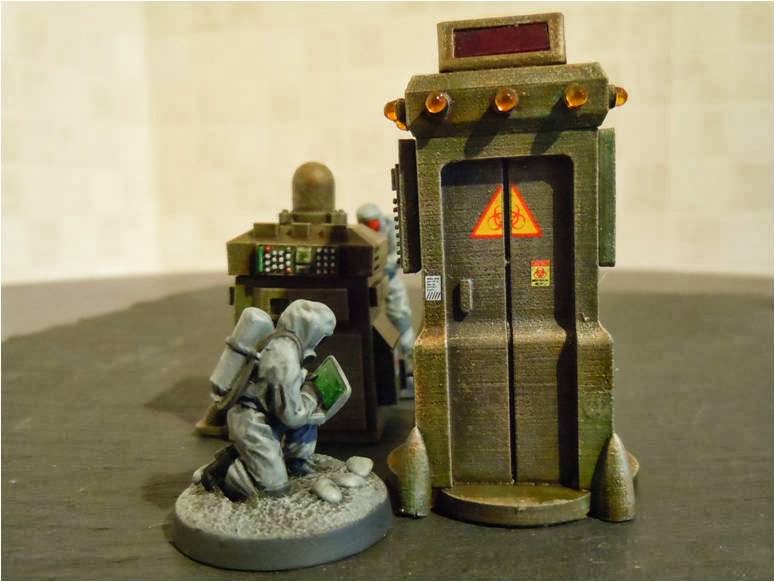 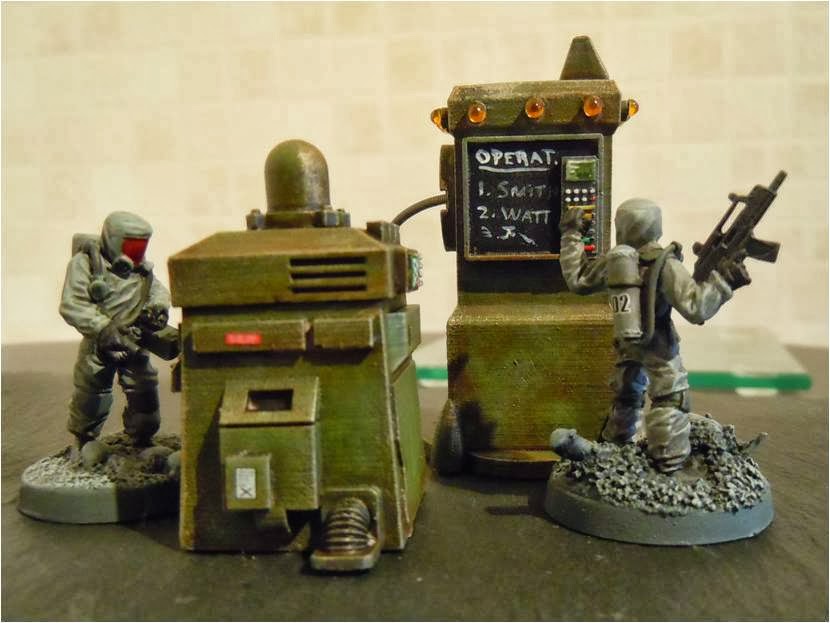 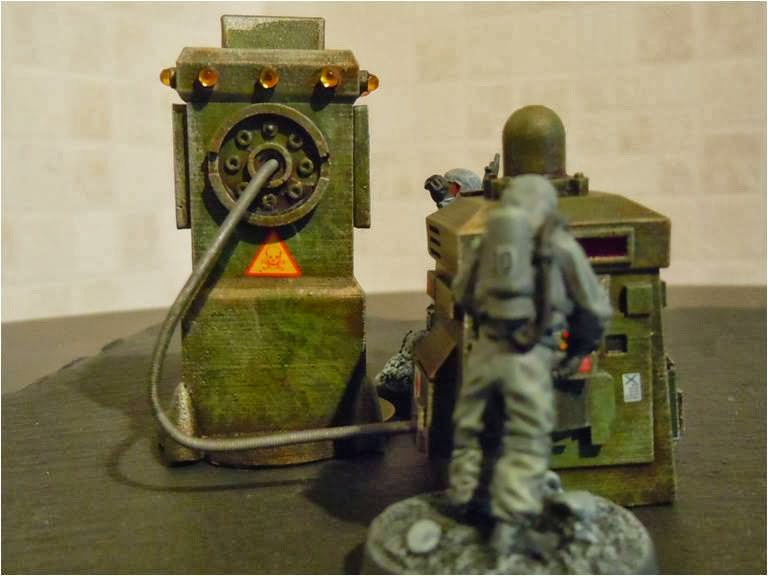 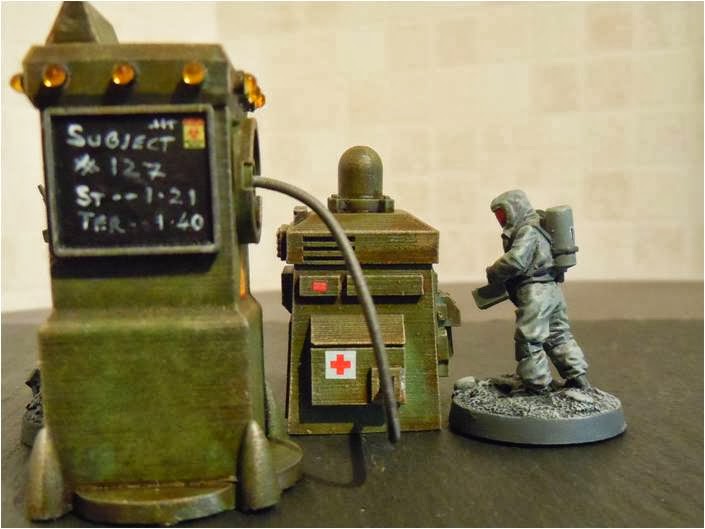 From the look at the army of zombies in his scene, I think the decontamination unit will be over worked and probably overrun by the undead.

I never envisaged the boxes to look militaristic like this, but I think the colour scheme really works well and the addition of all the little decals that David added to the boxes really brings it to life.

Rocket to the Moon

Modeller Peter posted some pictures on Facebook of Wernher Von Braun’s V2 Rocket (at 1:144 scale) next to Von Braun’s other famous creation, the Saturn V also at 1:144 scale. Rockets certainly grew up from 1942-1969! 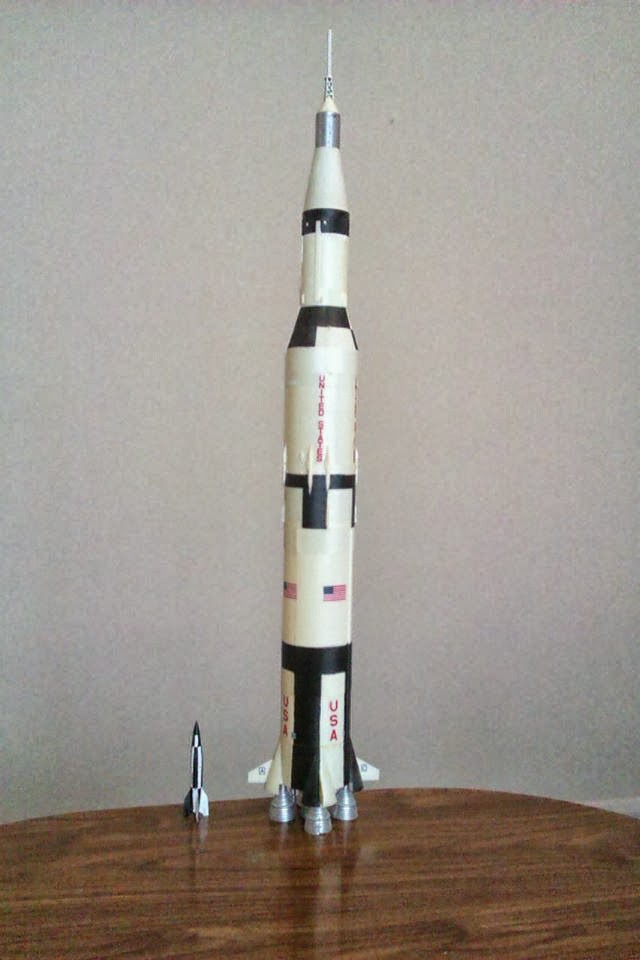 It’s hard to believe that the little one is the Granddaddy of the biggest! Here’s another pic from Peter of other rockets with the tiny V2 on the left for scale. 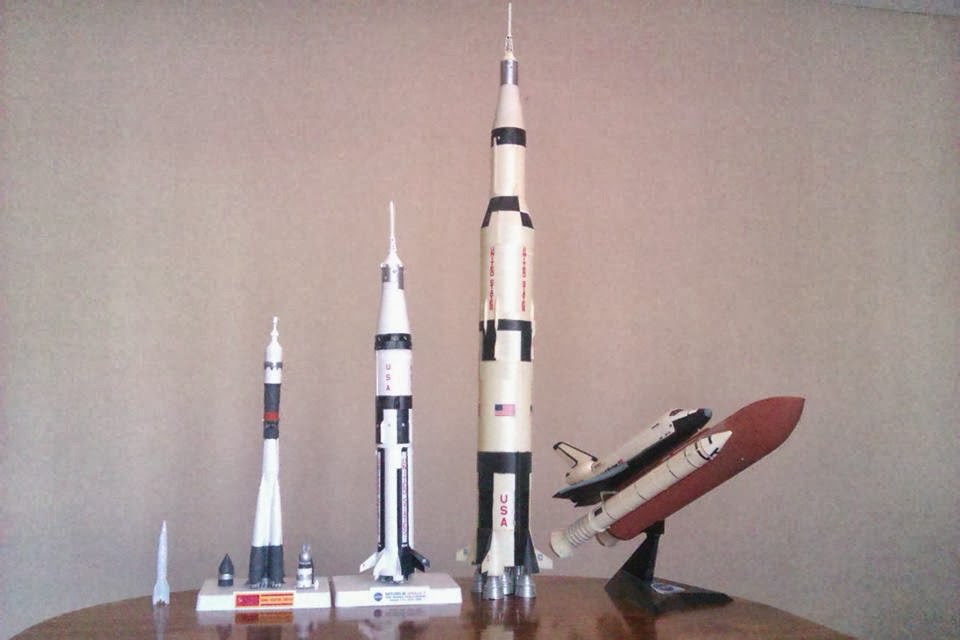 Also my 1:144 V2 has been reviewed by Internet Modeller Magazine and you can read it here.

I was recently commissioned to paint two Ho-229’s. One in a mottled grey camouflage and one weathered and messy like it was found by the GI’s during the end of WWII.

After giving both of the planes an undercoat, I painted the mottled Ho-229 a dark grey before using Blu Tack to mask off the mottled shapes before painting with the light grey. The rust for the older worn out Ho-229 was made by dusting a rust pigment on top of the rough patchy painting and I used some dark pigment to dust the burning behind the engines. I also had some custom decals for them which are now part of the kits on eBay! 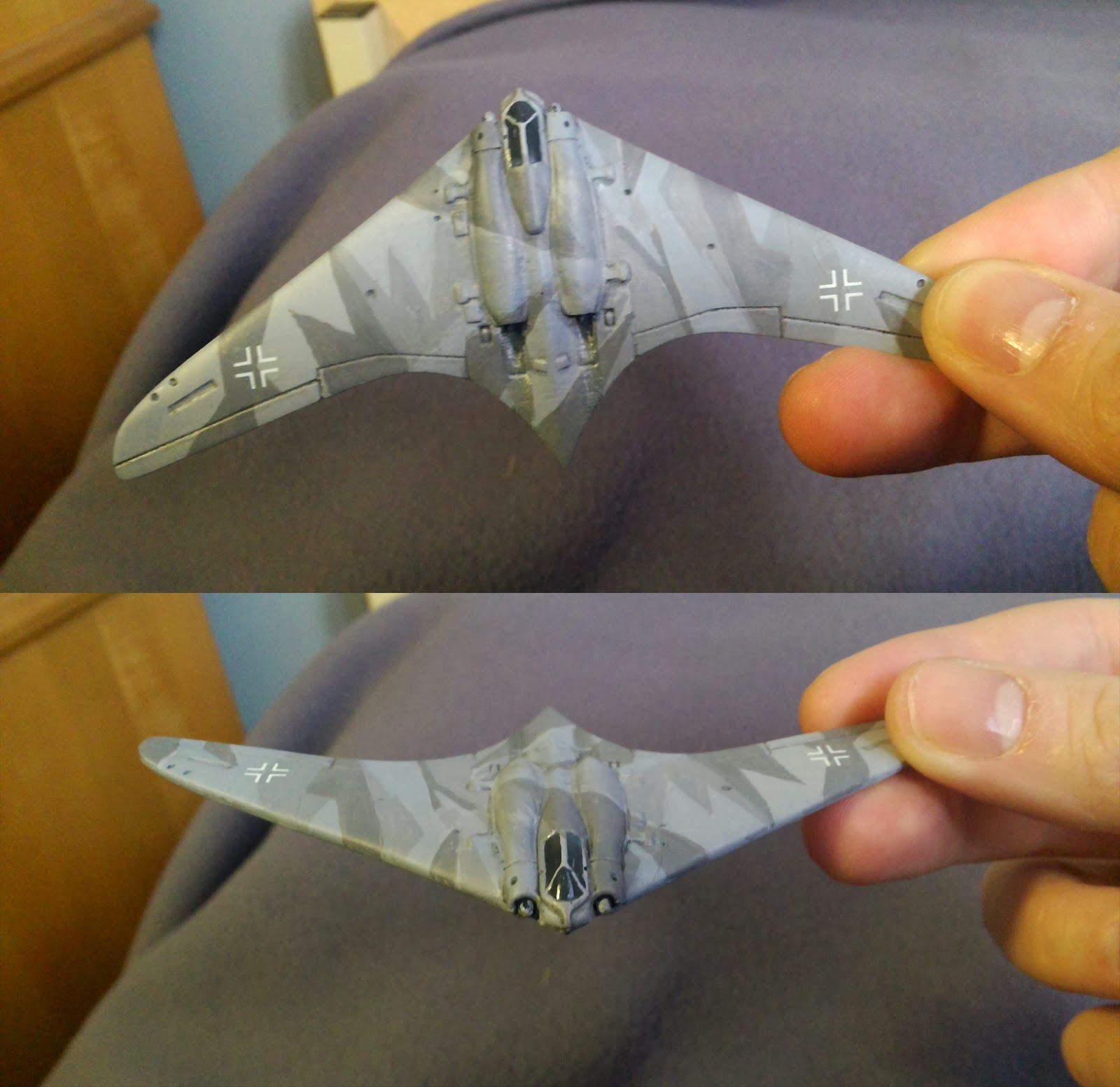 He painted the shapes byu hand without masking and I think it looks really good!

One of the early miniatures I made was of an AA Call box and I could not have made it without the hard work of Team 472 and there website which supplied great photographic research. Team 472 have restored the AA Call Box number 472 during the summer of 2009 and even made the inside a miniature museum! I painted up one of my 1:100 AA Call boxes, had some custom decals made to show ‘Box 472’ on the side and sent it to the team. John Holley of Team 472 has been very kind to upload photos of the model at these websites…

… where you can also read about their great restoration work! 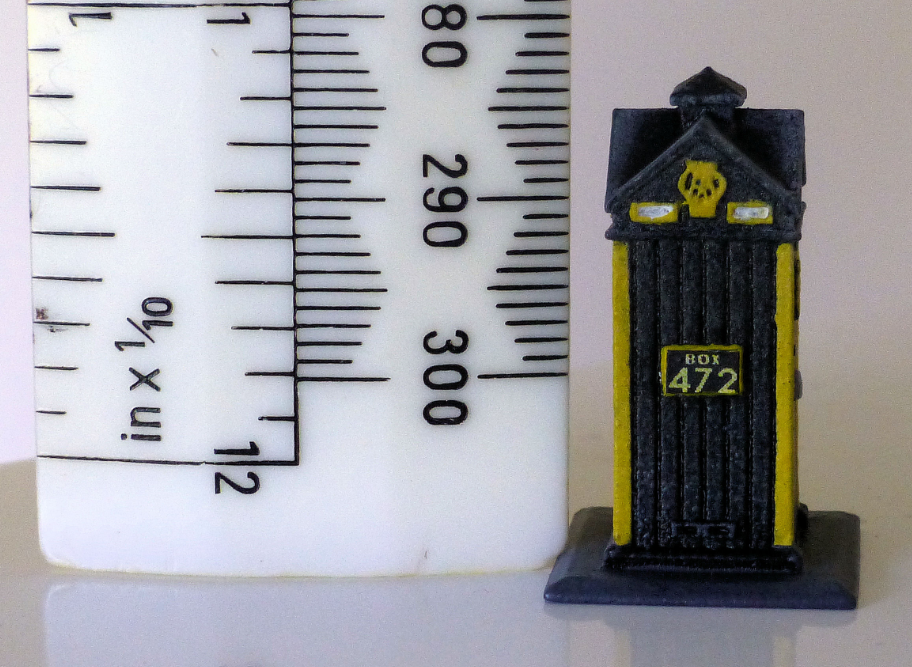